In the 1940s, Lex Luthor is a renowned entrepreneur and philanthropist who resides in Metropolis. He was married to Lois Lane, a war correspondent whom he met at a charity ball. Widely considered to be a model citizen and contributor to society, Luthor is also personal friends with high-ranking political figures such as Winston Churchill and President Franklin Roosevelt. Only Super-Soldier, a World War II-era superhero created by the U.S. Government, sees through this facade and knows that Luthor is actually a corrupt war profiteer who is aiding the Nazi Party in an effort to prolong the war.

While looking into the secret government project that created Super-Soldier, Luthor learns of an alien craft that landed in Kansas and carried a radioactive ore known as Green K, or the "Kansas Lode". In 1938, he arranges for Nazi scientists to steal the ship and its cargo for him. Observing that the green meteorite weakened Super-Soldier, Luthor creates a serum from it, which he then injects it into himself; the result greatly extends his own lifespan, but inadvertently turns him into the cadaverous Green Skull.

Seeking to remove Super-Soldier, the main asset of the Allies, Luthor designs Ultra-Metallo, an enormous robot powered by Green K which becomes the chief weapon of the Axis powers. Both the robot and Super-Soldier engage each other over a fleet of Allied battleships; after a climactic battle, they both sink to the bottom of the Atlantic Ocean. Luthor's second invention is the K-Bomb, an explosive composed of Green K, which he freely hands over to the Americans. As expected, the K-Bomb is quickly deployed, allowing Luthor to cut his losses and bring a swift end to the war. The detonation of the bomb also blankets the Earth in radiation, to which only Super-Soldier is susceptible.

By this time, Luthor's skin has turned green from the Green K that was injected into his bloodstream. This serum also prolongs his life, possibly to the point of immortality. He becomes a recluse, refusing to appear in the open in order to maintain his public persona. With the joint cooperation of ex-Nazis and Japanese subversives, Luthor (under the name "Green Skull") founds the terrorist organization HYDRA in the aftermath of the war. HYDRA's stated goal is achieve world domination through stealth control of the world's banks and corporations. Green Skull orders his agents to kill his wife, Lois; his daughter Selina witnesses the murder and realizes that her father is responsible, but stays silent. Green Skull marries a second woman, Whitney Frost, who holds a position in HYDRA and shares his ambition.

During Super-Soldier's absence, Green Skull's primary enemy becomes Bruce Wayne, agent of S.H.I.E.L.D. Like the rest of the world, Green Skull presumes Super-Soldier to be dead; this turns out to be false, when the hero's body is recovered and thawed out of the ice that has imprisoned him for years by the Judgment League Avengers. The rejuvenated Super-Soldier returns to Metropolis, battling against HYDRA and its leadership.[1] Green Skull eventually locates Ultra-Metallo, thought to be destroyed in the battle with Super-Soldier years earlier, now submerged in the Atlantic Ocean. After reactivating Ultra-Metallo and commanding it to attack the White House, he is thwarted by Super-Solder, who finally exposes him as a terrorist and criminal mastermind.

Though Green Skull escapes imprisonment with ease, he is surprised to find his position in HYDRA usurped by his daughter Selina, who has joined HYDRA out of revenge for her mother's death. Selina's motive was to take control of the organization that her father had invested so much money into creating. Selina has her henchmen supposedly murder the Green Skull in Bruce Wayne: Agent of S.H.I.E.L.D. #1 (1996), though it may well have been a robot or lookalike, since Green Skull was revealed to be alive and well by the end of the issue.

·Decelerated Aging: Thanks to the effects of the green K-serum, the Green Skull possesses a greatly extended lifespan bordering on immortality. He is also a mastermind in political military and subversive strategy, as well as a scientific genius capable of creating various technological marvels. The Green Skull is also an expert marksman and hand to hand combatant. His greatest assets however, are his vast wealth, contacts and political influence, allowing him to take on just about any opponent. 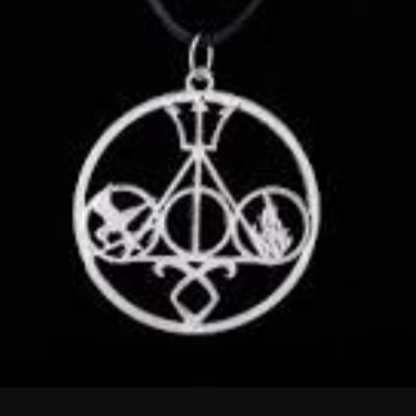