The daughter of Ra's A-Pocalypse, Lady Talia was the lover of Dark Claw. But when her father attempted to release a deadly virus on the world from his aircraft, Dark Claw shot down Ra's A-Pocalypse's plane and killed him. Talia was badly burned from running into the wreckage of the burned plane to find her father and had to replaced her damaged body parts with cybernetics. Now a cyborg with retractable claws, Lady Talia wants only one thing in life, revenge against Dark Claw. 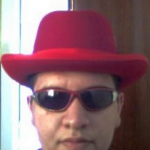