Runaway was a former member of the Judgement League Avengers who spoke with a strong Texan accent, until the metamutant faction of the team split into an independent group, the JLX. Runaway was among the metamutants who went to search for Atlantis, despite trying to protect Aqua Mariner from himself.

Runaway fell in love with Wraith, as she found that she could touch him without draining his powers since his dark energy was unlimited. However, she was becoming slowly changed by the constant infusion of dark energy and her personality became colder and darker.

Runaway disappeared after the passing of the Armageddon Agenda, but later rejoined the JLX when they were assembled by Amazon to battle the menace of Fin Fang Flame.

Runaway has the power of iullsion casting, which allows her to blend into her background, effectively becoming invisible. She can camouflage both herself and someone standing in close proximity to her.

Runaway's illusion casting can also be used to project frightening illusions into the minds of other people.

Runaway has the ability to absorb the essence of anyone she touches through skin to skin contact. This includes their personality, memories, and often their physical characteristics. In the case of super-powered individuals, she also absorbs any extra abilities they might possess.

Aside from her powers, Runaway is an expert in hand-to-hand combat stealth. She's also an accomplished acrobat, able to leap high, run fast, swim, and execute unexpectedly quick martial arts tactics with relative ease. Runaway also has a strong aptitude in electronics and computers, and has become skilled in the use of firearms. 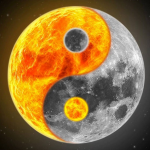